In 2013 the Friends of Aldbourne Band launched a project to record and present the heritage and history of Aldbourne band. 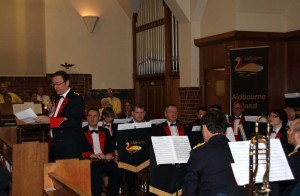 The Band wanted to make a public announcement to mark the beginning of the Project and decided that their Annual Concert at Upham Road Church in Swindon, (the 51st,) would be a good place. We had a stand up banner publicising the Project rushed into completion ( it was intended for the Open Day,) and James Sheppard the Band Chairman made a little speech about what we intended. Incidentally, Dave Aston at that point our Project leader, was awarded “Bandsman of the Year”. 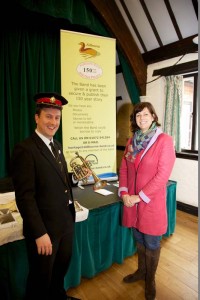 A event was held on 27 April 2013 to gather memories, artifacts etc. Claire Perry MP is seen here with Richard Hughes. 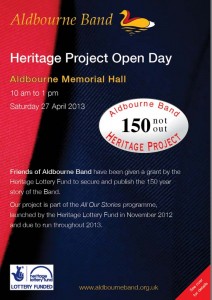 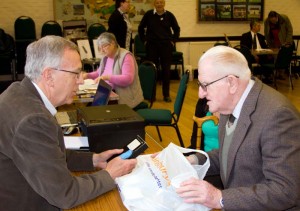 The Memorial Hall saw a constant flow of attendees, many of whom brought dusty old boxes of old concert programmes, posters, contest programmes, Committee Minutes, newspaper articles and clippings and hordes of photos. The favourite game of the day was to peer at fading and torn images trying to spot who was depicted and when it might be. A big surprise was the number of recordings that came to light with just about every kind of media represented; starting with 78rpm vinyl, LP’s, tapes and CD’s. In some instances we were given multiple copies of the same recording. Have a look [here] to see of these ring any bells.

There were people who had made the journey from outside the village, mostly from Swindon, but some for further away and we learned of the value this work could have for interests beyond just banding. One attendee gave us a mass of material he had come across when researching his family history and coincidently had found connections to the Band. In future the reverse might prove valuable to others.

Here are some of the items that came in 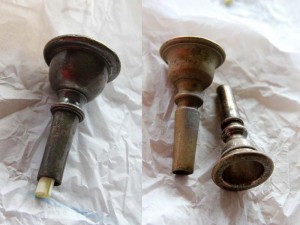 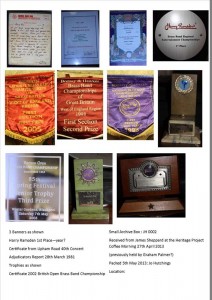 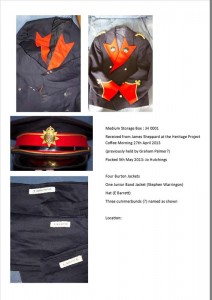 As the project progressed an interrim display was created: 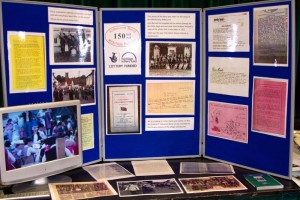 In the end a video display was created: 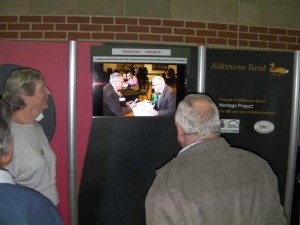 Other things created by the project were an education pack, oral history recordings, and a booklet for villagers, all of these can be accessed here.

In the end a report was produced for the HLF, detailing what was done, we have reproduced it in full below.