We welcome Whovians who want to visit this iconic location, Doctor Who is most certainly not forgotten in this village.

Most of the filming as done in the centre of the village and around the church. The best place to park is by the pond, which is just off the main road through the village. From there just walk towards the Church.

The Blue Boar on the eastern side of the green played the part of The Cloven Hoof.

The view towards the church is unaltered, except we no longer get threatened by Bok

Although the church wasn’t actually demolished by the BBC, they did leave a mark on the lead of the tower roof – we have found both “BBC” and “The Daemons” scratched into the lead.

They really did land a helicopter on the green

To get to The Devils Hump walk up the road that passes the east end of the church. After 100m or so you’ll come to a track : 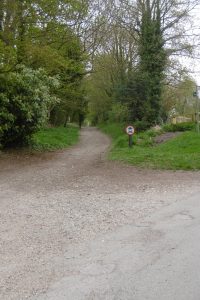 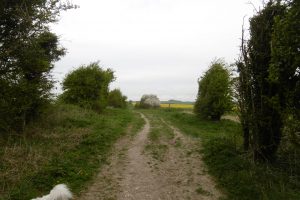 While you’re walking remember that the BBC got an outside broadcast van to do the same round – quite a feat. Once you get to the first high point you’ll be able to see your goal: 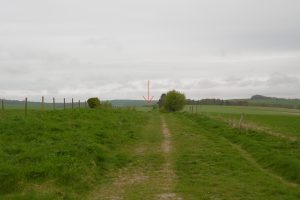 And this is what you’ll reach 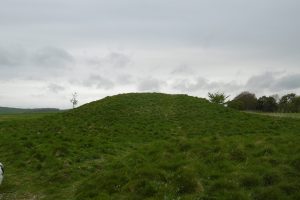 It’s actually the 2nd of 4 barrows, all of which are Bronze age

When you get back to the village, why not pop into the heritage centre next to the Crown pub and say hello. (our opening times are listed on this site)