Fustian: From Egypt to Aldbourne

 Its arrival in Aldbourne……….

I will (probably) stick with fustian

With respect to ‘The Old World’, it probably originated in EGYPT, along the Nile

In particular , near Cairo was the city of FUSTAT  where cloth was made–hence by centuries of use evolved ‘Fustian’

Flax (also known as linseed), the source plant for linen, was also grown in Egypt

No doubt somebody had a ‘light bulb moment’ and decided to mix cotton and linen…. 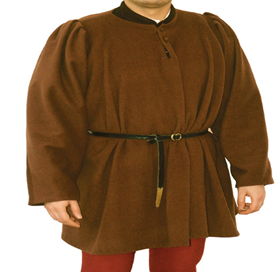 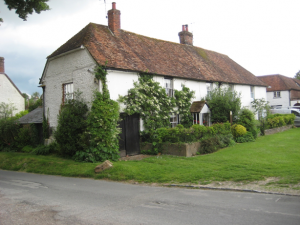 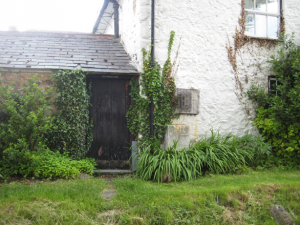 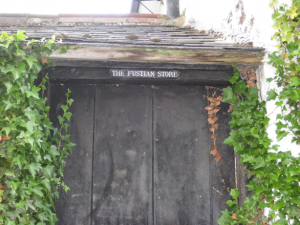 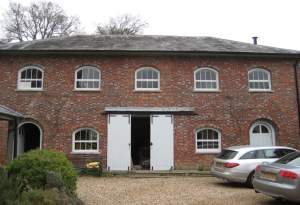 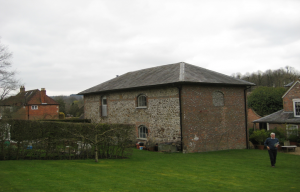 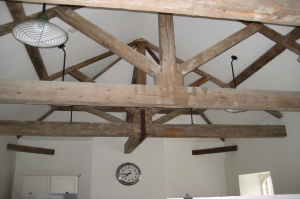 The Beginning of the End

200 Years of Fustian ‘Makers’ in Aldbourne 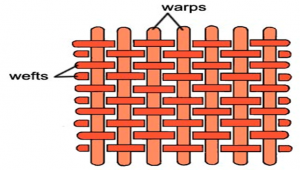 Fustian Weaver; about a yard or so in a 12 hour day 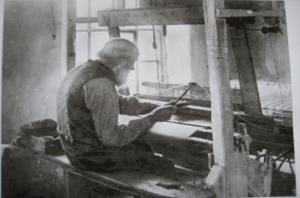 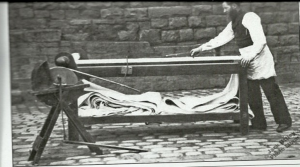 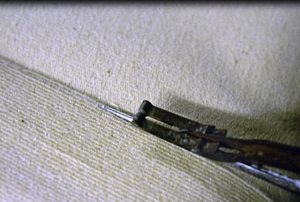 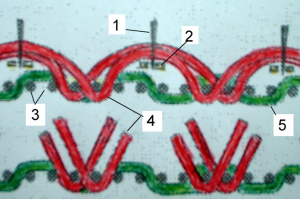 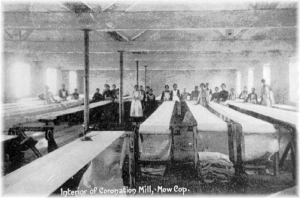 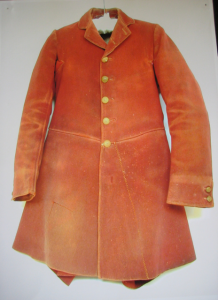 Fustian jacket-  probably used as a hunting jacket; brass buttons; no outer pockets but two deep inside pockets; made in Swindon; now part of collection at Museum of English Rural Life (MERL), Reading. 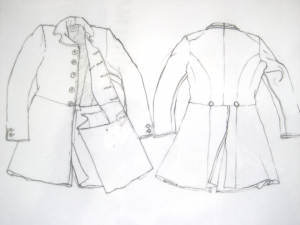 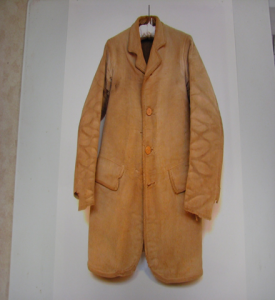 This is a rougher fustian jacket; outside pockets; horn/wood buttons; bought from a shepherd in Hampshire in about 1914 !

Now in the MERL collection in Reading 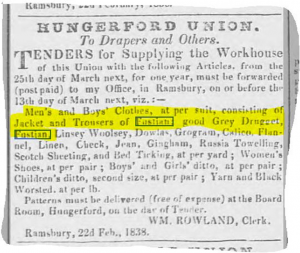 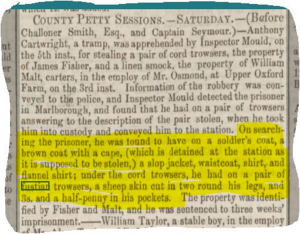 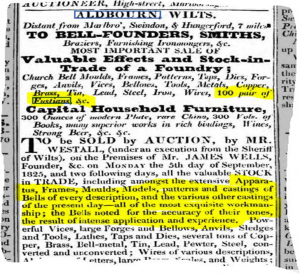 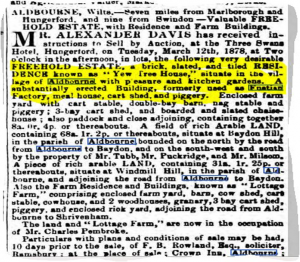 In 1910,  Charles McEvoy wrote & produced his famous village play. Mrs Mabel Stacey made the clothes because she was a skilled seamstress. Allegedly one of the actresses asked her   ‘ What be I gwine to wear then ?’  expecting some fine clothing . But, much to the disgust of the actress, Mabel replied ‘ Brown jane’ .

‘Brown jane’ was a common tough material, a survival of fustian and maybe linked to ‘jean’. Charles McEvoy insisted  ‘ rough simplicity must be preserved’.

Whereas fustian weaving was a mainstay of employment  for many more villagers, probably as many as 150 at its height, especially the women and children , also for 200 years.